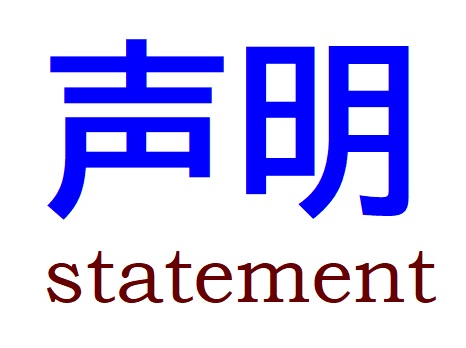 To the Embassy of the Republic of Myanmar in Japan

It is clear that this measure is aimed at suppressing the persistent resistance of the pro-democracy forces and the people’s movement.

This is a new criminal act by the military, which has seized power through an illegal coup d’état and is now inflicting a bloody crackdown on protesting citizens. It is also a blatant challenge to world public opinion and civil society movements calling for an end to armed repression of the people and the restoration of democracy.

We fully support the democratic movement of the broad range of people rallying behind the United National Government (NUG) and are determined to join with others around the world to continue to do all we can to support the restoration of democracy in the country.